… as stakeholders urge him to create an unbeatable identity

In an effort to elevate its practice to conform to international best practice, the Nigerian Navy began infusing technology into its music school through the production of steel pans.

As a first step towards achieving this goal, he brought together academics and other stakeholders at the 2021 Navy Band conference on the theme “Enhancing the Capacity Building of the Nigerian Navy Band through Technology for a global recognition, to think about ways to improve the quality production of Steel Pan in its music department, for global recognition.

By the way, Steelpan is a musical instrument that originated in Trinidad and Tobago and has become an accepted art form with some international recognition.

Its emergence in Nigeria can be attributed to the 2nd World Festival of Black Arts and Culture in January 1977, labeled “Festac’77”, held in Lagos.

After the festival, the contingent from Trinidad and Tobago presented a full set of steel band instruments to the then Chief of Staff. Subsequently, the Nigerian Army Headquarters sent some of its soldiers to Trinidad and Tobago to learn how to play and produce the steelpan. 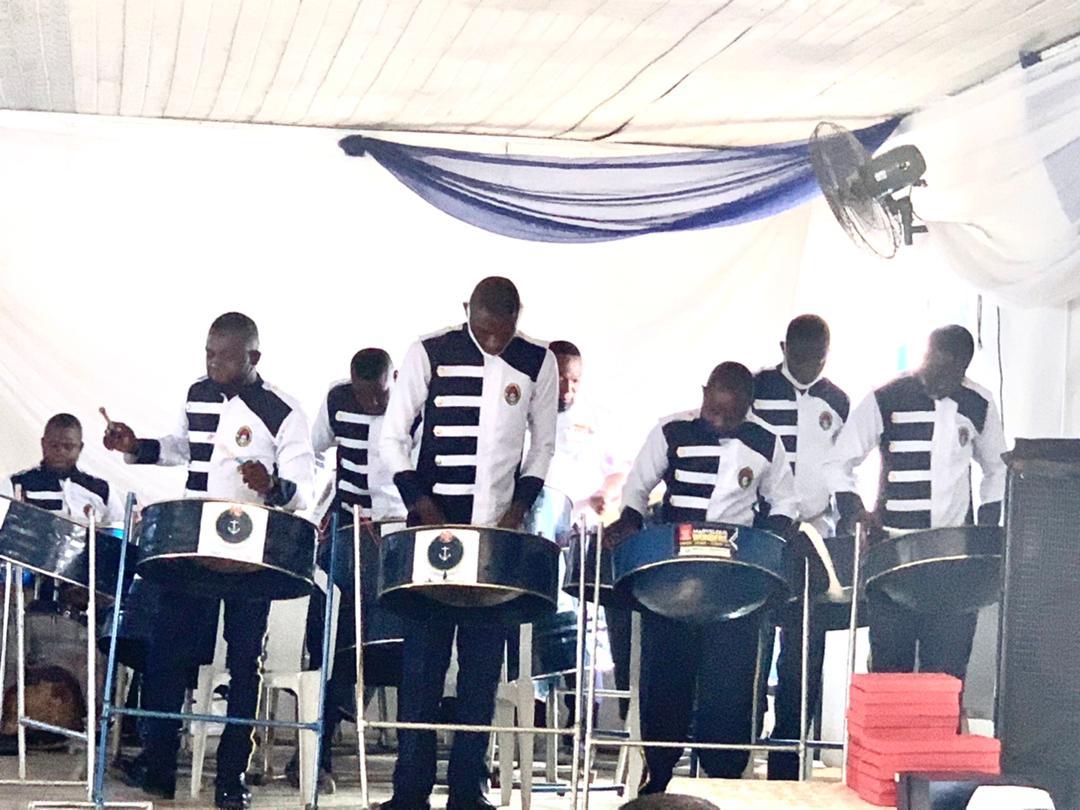 Declaring the three-day conference held at the Nigerian Navy Music School in Otta, Ogun State, open, Navy Chief of Staff Vice Admiral Awwal Gambo, said the conference would provide a forum for attendees to discuss, share musical experiences and offer ways to explore the technology and skills of the Nigerian Navy’s steel pan production, as well as build the capacity of the Nigerian Navy. staff for increased efficiency.

The CNS which was represented by Commodore Promise Dappa stressed that the school’s quality production of Steel Pan is a fundamental requirement for global relevance and recognition.

He said, “Music brings calm where there is anxiety and tension. It should be recalled that at the Nigerian Navy Group 2019 conference, the released statement suggested the need for the group to improve their Steel Pan technology for global recognition. In light of the above, this year’s Band Officers’ Conference will take a critical look at this release with a view to improving the production performance of NN Band Steel Pan and securing worldwide recognition.

“I would like to stress here that the school’s quality production of Steel Pan is a fundamental requirement for global relevance and recognition.”

In his welcoming speech, the Director of Music of the Nigerian Navy, Commander Olalekan Abiodun, noted that the Nigerian Navy Orchestra has become a reputable department to be reckoned with due to the foundations laid during its years. years of training and had been maintained and improved, until date.

He said: “The department that started with a musical section which is the military band, has grown to add three more, namely; the group Dance, Steel and Bagpipers. The Bagpipe Marching Band was introduced to the Nigerian Navy Marching Band in March 2021 and participated in the 2021 annual Chief of the Naval Staff Conference which just ended in Kano State.

“In addition, it is very important to state that an efficient and productive Steel Band has been established at the Nigerian Navy Music School in Ota and that steel pans are currently being made locally here at the School of Nigerian Navy Music, Ota “.

He informed that this year’s conference was designed to provide a “dedicated platform to harness informed opinions on enhancing the capacity building of the Nigerian Navy Orchestra through technology to achieve a worldwide recognition. During this conference, special attention will be given to Steel Pan technology as a means of projecting the Nigerian Navy Band for worldwide recognition. Its result should reflect suggestions and recommendations on measures to further improve the technology of steel tubs, the skills of the personnel and the general production of the instrument ”.

Guest speaker, Associate Lecturer at Lagos State University Music Department, Professor Isaac Yekini-Ajenifuja in his speech titled “Exploring Technology and skills of the Nigerian Navy Steel Pan production for global identity, revealed that in february 2015, the nigerian navy sent six personnel including two officers and four sailors to trinidad and tobago, for a one year course on the steel pan setting and making course

The others are: Headquarters, Apapa Naval Training Command, and the Nigerian Navy Music School in Ota.

Attributing the technology to the force majeure that drastically changed the world as well as a sure prospect for the future, Ajenifuja said the failure of the Nigerian Navy group to join the trend of using the technology in steel pans could plunge the whole music school into stagnation or extinction.

According to him, “If technology is the only viable tool for the individual, organization and countries to be relevant and successful, then the military is no exception. Research has shown that virtually every aspect of the military system has been overhauled to conform to the new trend. I am very sure that the Nigerian Navy is not opposed to the new idea which will elevate its practice to conform to international best practice.

“The training sponsored by the Nigerian Navy Authority has also been the strength of their progress. In the early years of the Nigerian Navy Marching Band, the quality of training received by the staff helped them conquer the world of music. They have become the pride of Defense Headquarters due to their performances at local, national and international events.

“Today, adequate training has also been given to officers and musicians in the performance and production of steelpan, which must be explored to give the group more recognition and an unprecedented identity.

“Although they have embarked on a series of performances, that is not enough to create the desired goal. The aspect of production they acquired could become comatose if not used. This is an area that the Nigerian Navy Band can scientifically launch into the tech world and create an unbeatable identity for itself. This will, on the other hand, transform the group into an entrepreneur and also give it access to make money ”.

However, in order to achieve this, he said that areas such as an environment conducive to the production of the steel pan instrument were needed and, therefore, suggested that the Nigerian Navy Music School in Ota be enlarged for this purpose.

He also highlighted funding and personnel as other constraints that need to be addressed in this regard, calling on naval authorities to give the project proper consideration so that the Nigerian Navy Band joins the league of entrepreneurs.